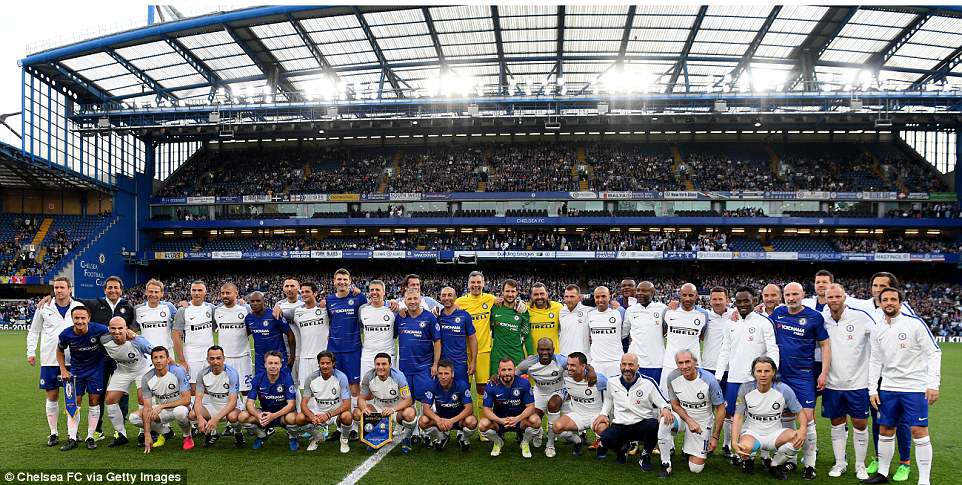 Mr Granville’s footballing credentials were put to the test at Chelsea FC’s home ground, Stamford Bridge last Friday night. He was one of the players who had served under the great Ray Wilkins who were invited to play in a charity match to raise funds for the Chelsea foundation. He joined fellow esteemed teammates Gianfranco Zola, Frank LeBoeuf, Graham Le Saux and Andriy Shevchanko against the Inter Forever who included Giorgos Karagounis, Esteban Cambiasso and Marco Materazzi. Mr Granville is on the far left hand side of the picture in the white top and blue shorts).